Home > About me > English 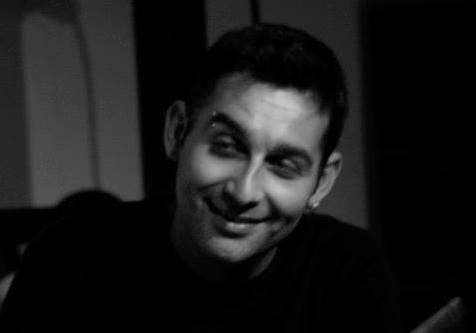 Master in Music Education and Composition from the University of Aveiro (UA) - Department of Communication and the Arts (DeCA), concerning to the theme of the new technologies associated with creative processes in the current view of specialized art high school music in Portugal under the direction of composer Sara Carvalho.

His works are published by the Center for Research & Information of Portuguese Music (MIC) since 2009, is an honorary member of the Archipelago - Portuguese Association of Composers, resident artist at the Academy of Youth of Terceira / Azores and member of the Observatorio del Aprendizaje Musical University of Costa Rica (UCR). He was also resident composer of the Laboratory of Electroacoustic Creation of Miso Music Portugal and lecturer at several international meetings concerning the theme of music creation and teaching of music, from which he points out the 6th Sound and Music Computing Conference (2009), Casa da Música in Oporto; Comenius Project (2010-2011), Portugal, Spain and Hungary; Música en el Campus (2014), University of Costa Rica (UCR); among others.

In the field of research, focuses on issues related to the musical technology and its practical application to the teaching of music, developing pioneering projects in the context of musical literacy.

Has special interest in the study of ethnomusicology, area in which work has been developed since 2013, in partnership with the International Folklore Festival of the Azores (COFIT), in which assumes the musical direction of the orchestra. Associated with its concernment in the discovery of new artists and new values​​ often incorporates juries of the most diverse musical contests, such as the Contest of Young Creators of the Azores - LABJOVEM.

As a musician, artist and performer, dedicated to percussion, with special focus on drums integrated, since 1997, several experimental and pioneering projects of rock, jazz, blues and folk, performing in several festivals and concert halls in the country. Recorded, among others, for EMI - Valentim de Carvalho in 2004 and the Bor-land in 2008.